The record-breaking fires in the Amazon have called international attention in the past weeks, making everyone concerned about the future of the most biodiverse rainforest, an ecosystem on which the whole world depends and that plays a key role in reducing climate change.

The rainforest is on fire!

Experts say that natural fires in the Amazon are rare, and the majority of these fires were set by farmers preparing Amazon-adjacent farmland for next year’s crops and pasture. The current fires in the Amazon could even be felt in the largest South American city, São Paulo, which is more than 3500km away from the fires spot. Smoke from the fires got so bad, it seemed to turn day into night in São Paulo on August 19th . Nature was clearly sending a “S.O.S.” signal.

The deforestation rates in the Amazon rainforest in Brazil has increased 39% since the nation’s new far-right president took over, in January/2019. While campaigning for president last year, Bolsonaro declared that Brazil’s vast protected lands were an obstacle to economic growth and promised to open them up to commercial exploitation. Less than a year into his term, the Brazilian president has weakened environmental protections in the region, slashed the budget of Brazil’s environmental protection agency by 95%, encouraged the clearing of land for agribusiness, failed to stem the illegal logging trade, called for the eradication of the near 1m indigenous people living within the forests, attacked conservation NGOs, dismissed satellite data on deforestation and even fired the head of the space agency.

Though deforestation rates are increasing linked to commercial agriculture, many analysis and satellite data had shown there is so much land already cleared – a lot abandoned or very poorly used and managed that could be used to grow food. It is not needed to be clearing new forests to do this in Brazil if sustainable production practices and supportive public policies are implemented.

And what can you do about it?

So, if politicians normally entrusted to rectify situations like these are instead making them worse, what can be done to stop the Amazon burning? Bottom-up approaches and collective action are also very important. Below, we listed six things that you can do – from your home, city, and country – to support the end of deforestation in the Amazon.

1. Donate to the Earth Alliance fund or to Rainforest Alliance

Earth Alliance is an emergency Amazon Forest Fund that will distribute resources directly to indigenous communities and other local partners combating the fires, protecting indigenous lands, and providing relief to the communities impacted. Rainforest Alliance will donate 100% of the funds to help stop deforestation in Brazil right now. They are working with local groups at the forefront of this fight. Part of the Alliance’s work also strives to make Brazil’s current ranches and farms more productive.

2. Make sure products you buy are rainforest-safe

Products featuring the “Rainforest Alliance Certified™ seal come from farms that passed audits and met standards for sustainability. Thousands of products have earned the seal — including beef, coffee, chocolate and bananas. Rainforest Alliance has a list of over 700 companies that the organization certifies as meeting rigorous environmental and social standards. If you’re buying tropical wood products, look for the label “Forest Stewardship Council (FSC). That’s the major certification system for forest and paper products.

Explore Change.org petitions. A lawyer in Rio Branco has accumulated over 3 million signatures to mobilize an investigation into the Amazonian fires. Or sign Greenpeace’s petition telling the Brazilian government to save the Amazon rainforest and protect the lands of indigenous and traditional communities. And if you can, join a protest in your city to show those in power that we want to safeguard the planet.

As major forests decrease in size, carbon and greenhouse gases have increased in the atmosphere. But you can help slow that trend: drive less, eat locally, shift to a low carbon diet, offset your flights, reduce your wood and paper consumption, recycle, and buy only things you really need. Also explore the GreenBuzz blog and get inspired by tons of ideas about sustainable living.

Most of us can’t vote in Brazil, but our own politicians have shown that they are complicit in their lack of action. Think about how you vote. Strongman nationalism and right wing politics are usually bad for the planet and the environment, and the fires are no exception. Avoid politicians who support deregulation, extraction and subsidy of fossil fuel resources, bilateral agreements or trade deals that destroy forests.

6. Get even more political

Voting doesn’t happen too often, so we need to get political between votes. Write to or call your representative. Tell them that they must use their position to put pressure on your own and other governments to take action. The EU’s recently signed trade deal with Mercosur, an economic bloc including Brazil, has yet to be ratified, and Ireland and France are already using this to leverage action on deforestation. More could do the same. 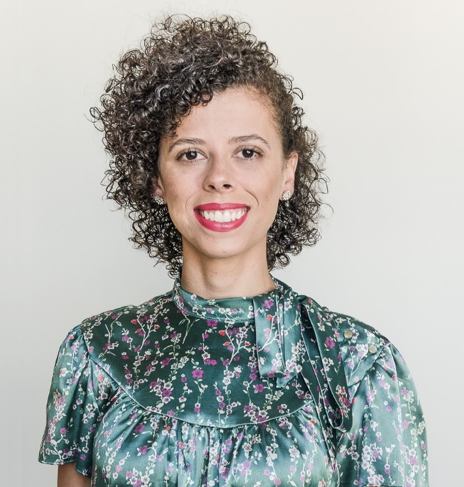 Raquel studies Rural Development (M.Sc) at Humboldt University in Germany. She holds a B.Sc. in Veterinary Medicine and MBAs in Marketing and Socio-environmental Business. Before moving to Europe, she had a marketing & communications corporate career in the agriculture sector in Brazil.