Last week we had the third event in our Feeding Berlin Series, looking at the true cost of food when all externalities were considered. Our speakers Olivia Riemer and Barbara Sennholz-Weinhardt outlined their findings on the genuine cost of food products when our health and the environment are considered, as well as ongoing human rights violations that still exist in global value chains.

Our first speaker Olivia Riemer from TMG Research kicked off the evening by clarifying the concept of True Cost Accounting in Agriculture, arguing that the prices reflected in our supermarkets need to account for the price we pay with our health and the environment.

True cost accounting looks at impact factors like deforestation, soil & water pollution, land tenure, poor working conditions that influences health or mental well being, emissions, packaging & waste as well as end-consumer health. Riemer demonstrated that when these externalities are considered, the hidden cost of global food and land-use systems sum up to $12 trillion, compared to the $10 trillion market value of the global food system. Studies further estimate that the true cost or price in the supermarket would indeed be twice as much as current prices.

Olivia concluded her talk by outlining the role that True Cost Accounting can play in making food systems more sustainable when applied to policy and business and maintained that governments and businesses need to be accounting according to the cost or harm they are doing by reflecting social and environmental damage on their balance sheets.

Riemer’s talk was followed by Barbara Sennholz-Weinhardt from Oxfam, discussing human rights violations in global value chains. Pointing to a recent fairtrade study on banana production, the list of findings on exploitation and violations were staggering. These included wages below a living wage, which results in poverty and hunger. Some other violations include precarious working conditions, repression of trade unions, forced- and child labour, verbal and physical abuse of workers, unsafe use of pesticides and other toxic substances, no access to clean drinking water or toilets and finally gender discrimination and harrassment.

Tea estate were one of the examples she used. There, colonial heritage still contributes to modern day types of slavery and unhealthy conditions through total dependency on the workers, who are taken advantage of, mainly through a lack of education and knowledge of their own rights.

Barbara pinned the root cause of these violations on unequal distribution of value shares, with nearly 50% of the total market share going to the supermarkets and retailers and less than 15% going to small scale farmers and workers. The fact that there are so few traders results in monopolies that are only interested in human rights issues if it does not affect their supply chain.

For instance, in a 2019 study on German retailers, shockingly little was being done by the well known giants to address the aforementioned issues, with companies like Edeka showing 0% improvement in areas like transparency, employee rights and womens rights.

Given the lack of voluntary actions from supermarket chains and poor transparency on labeling, Barbara argued for the need for political action and better legislation. From a consumer standpoint, she claimed there is very little we can do to shop sustainably. Joining co-ops, supporting producers through local markets, writing letters to supermarkets or joining petitions for local legislative actions are some ways the public can contribute. She maintains however that human rights should not be in the hands of consumers, and that it must become a political issue.

The evening was concluded by our regular quick-pitch platform where we heard from Super Co-op Berlin‘s alternative supermarket concept, followed by a Q&A and networking. A big shout out to all of those who attended and a big thank you to our speakers and event hosts Sustainability Discourse and Impact Hub.

The external cost of banana production 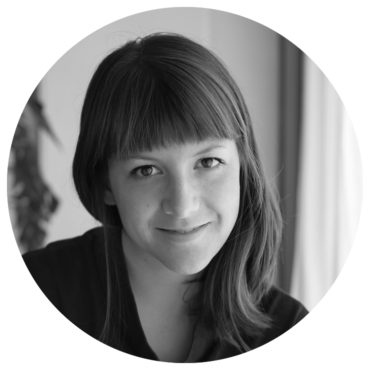 Barbara Cilliers is a Berlin based photographer and content creator with a passion for sustainability and the environment.